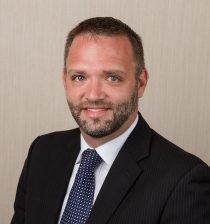 Erik concentrates his practice in the areas of environmental law, regulatory matters, insurance coverage and bad faith, and litigation. He has represented individuals and small “mom and pop” businesses as well as large multinational corporations and public entities embroiled in litigation over site cleanups as well as environmental compliance. Erik has worked with property developers, private landowners, and municipalities in connection with the re-development of contaminated properties, or brownfields. He has significant experience in cases involving PCBs, chlorinated solvents, hazardous metals, petroleum constituents and emerging contaminants, including perchlorate.

Prior to becoming an attorney, Erik worked for a national environmental consulting group. His experience as an environmental consultant provides him with a scientific background and understanding of the practical issues involved with implementing site investigation and remedial plans.

Erik has been recognized as an Indiana Super Lawyer Rising Star in the practice area of Environmental Law from 2013 through 2018.

Co-Presenter, “Environmental Issues Are More Than a Cost of Doing Business for C-Suite Executives,” webinar, August 5, 2015.

Download my vCard >
Join my LinkedIn Network >
Back To Top